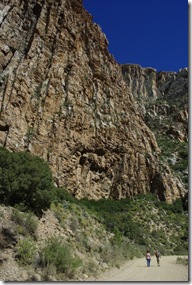 You can hear these ideas being preached by clicking here

In those days John the Baptist appeared in the wilderness of Judea, proclaiming, “Repent, for the kingdom of heaven has come near.” This is the one of whom the prophet Isaiah spoke when he said, “The voice of one crying out in the wilderness: ‘Prepare the way of the Lord, make his paths straight.’” Now John wore clothing of camel’s hair with a leather belt around his waist, and his food was locusts and wild honey. Then the people of Jerusalem and all Judea were going out to him, and all the region along the Jordan, and they were baptized by him in the river Jordan, confessing their sins.

But when he saw many Pharisees and Sadducees coming for baptism, he said to them, “You brood of vipers! Who warned you to flee from the wrath to come? Bear fruit worthy of repentance. Do not presume to say to yourselves, ‘We have Abraham as our ancestor’; for I tell you, God is able from these stones to raise up children to Abraham. Even now the axe is lying at the root of the trees; every tree therefore that does not bear good fruit is cut down and thrown into the fire. “I baptize you with water for repentance, but one who is more powerful than I is coming after me; I am not worthy to carry his sandals. He will baptize you with the Holy Spirit and fire. His winnowing fork is in his hand, and he will clear his threshing floor and will gather his wheat into the granary; but the chaff he will burn with unquenchable fire.”

A friend of mine, an eco-psychologist, runs a Wilderness Retreat Centre.  The slogan for the Centre is most engaging, “Go Wild – Get Well”.  You don’t get much wilder than John the Baptiser!   What is worth contemplating is whether for all his wildness he was in any way, a well person.

On the face of it, to our sanitised western eyes, the answer would definitely be no.  I mean the man is psychotic, with severe anti-social tendencies, evidence of bi-polar disorder and just a little disassociated, don’t you think?  This manifests in garish dress, non-compliance with social registers (just look at how he disrespects religious authority) and very unbalanced nutritional programme.

And yet it is of this wild man that Jesus says, “Truly I tell you, among those born of women no one has arisen greater than John the Baptist; yet the least in the kingdom of heaven is greater than he.” (Mt11:11)

When I first began having conversations with people who follow an Eastern religious path, I heard a description of a holy person that I hadn’t come across in my Western Christian journey.  They spoke in honour of a person as being “empty”.  Now that was foreign to me who had grown up being told to constantly be “full”.  Full of the Spirit, full of faith, full of hope and full of love. So the attribute of emptiness as a positive in spirituality got my attention.

In the gospel encounters with John the Baptiser, it is his emptiness that is most striking.

He is empty of fear and proclaims.  “Turn your lives around  the reign of the heavens is manifesting.” He also challenges the Pharisees who are “full of it”, “You progeny (gennemata) of snakes, who suggested you should get away from the impending natural punishment (orgés)? That is pretty fearless in a religious culture where the snake was the archetype of Satan! How sad, by contrast, are our faith communities today which are most often characterised by fear-filled avoidance of truth telling so as not to offend anyone.

He is also empty of propriety. His entire lifestyle was in contrast to the sedate and established orthodoxy of the day.  He is styled on the prophets of centuries before, passionate people who had proclaimed the truth of God as they had seen it, with no sense of propriety and often at great risk to themselves.  John was echoing this prophetic voice that had grown strangely silent for centuries before he spoke. Probably my deepest sadness as a Christian who has lived through the prophetic pain of a church in opposition to the viperous system of Apartheid, has been to see how the Church has fallen prophetically silent since the church got into bed with the ruling party. The only prophets who have remained consistent are Bishop Desmond Tutu, and Rev Paul Verryn who currently houses thousands of Zimbabwean refugees in the Johannesburg Central Methodist Mission and is vilified by church and state for that stand.  It is probably too painful for the church to be prophetic yet many of us fail to see the irony in calling ourselves “Protestants”

Finally the most searing and challenging facet of John the Baptiser’s emptiness for me lies in his complete emptiness of ego.  This is the man with a successful preaching community.  People are leaving the city to come to listen to him in the Wilderness! That is completely against the logic of the day where the Temple in the city was the only conduit to the divine. Yet this man with the successful ministry, knows from the beginning that he is just the opening act, and when Jesus steps onto the stage, John graciously bows out, and sends his own disciples to follow the one who he recognises as the Lamb of God.  How much closer to the reigning presence of the heavens would the church had come if all Christians leaders could model that emptiness of ego?  The Spiritual turf wars that seem to be on every street as we compete for “market share” and “franchise dominance” makes us look more like representatives for Kentucky Fried Chicken than the followers of Jesus.

Where did John get it from, this emptiness?  I don’t know.  But I sense that the wilderness would have stripped him, burnt him and detoxed him to a point where he really did have what Paul described Christ as having,

who, though he was in the form of God,
did not regard equality with God
as something to be exploited,
but emptied himself,
taking the form of a slave,
being born in human likeness.
And being found in human form,
he humbled himself
and became obedient to the point of death—
even death on a cross.  Philippians 2

The Wilderness Retreat Centre says, “Go Wild – Get Well”.  When in that wilderness we discover Jesus as John did, we too will have something worth losing our head for.

4 thoughts on “The Fulfilment of Emptiness – Advent 2a”