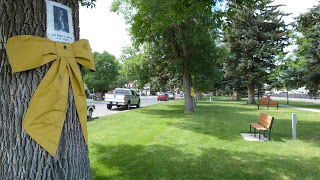 Then he began to say to them, “Today this scripture has been fulfilled in your hearing.” All spoke well of him and were amazed at the gracious words that came from his mouth. They said, “Is not this Joseph’s son?” He said to them, “Doubtless you will quote to me this proverb, ‘Doctor, cure yourself!’ And you will say, ‘Do here also in your hometown the things that we have heard you did at Capernaum.’” And he said, “Truly I tell you, no prophet is accepted in the prophet’s hometown. But the truth is, there were many widows in Israel in the time of Elijah, when the heaven was shut up three years and six months, and there was a severe famine over all the land; yet Elijah was sent to none of them except to a widow at Zarephath in Sidon. There were also many lepers in Israel in the time of the prophet Elisha, and none of them was cleansed except Naaman the Syrian.” When they heard this, all in the synagogue were filled with rage. They got up, drove him out of the town, and led him to the brow of the hill on which their town was built, so that they might hurl him off the cliff. But he passed through the midst of them and went on his way.

Whenever I read the gospels I have in the left back corner of my mind a monitor for the dreadful public relations and marketing gaffes that Jesus makes in his ministry.
Today’s reading is no exception.
Ask yourself, how does he mismanage the congregation so badly that he goes from, “ All spoke well of him and were amazed at the gracious words that came from his mouth” and ends up with, “ …all in the synagogue were filled with rage. They got up, drove him out of the town,…”?

And Jesus does this all himself.
First he puts words in people’s mouth, by assuming that they are going to quote a proverb to him and then that they will demand miracles.
Next he responds to them based on what he assumes they were going to say, and tells a story about Elijah that ends up condemning them for their exclusivity and suggests that, like Naaman, others will be healed and not them.
No wonder the congregation were furious!

I can only suppose that Jesus read the non-verbals, and intuited the sub-themes in the synagogue dynamic that sabbath.
Perhaps he, like all of us who wax hysterical about “the old home town” and the nostalgia of how things aren’t the same, (They never were!) found that neither he, nor we, can ever go back.

“Sentimentality is repressed brutality” said Freud.  Perhaps Jesus sensed the schmaltz in the cutesy pooh, “Isn’t this Joseph’s son?” maybe there was an unrecorded, “Gee but you’ve grown” thrown in?  Whatever it was, Jesus was not about to milk the marketing opportunity or play the P.R. violin.

He knew this town.  He had grown up with its narrowness.

He remembered how they had treated his mother and whispered about his “virgin” birth.  They wanted to group her with the prostitutes who lived on the edge of town.

He had seen how Samaritans passing through had been rejected, and how the tax-collectors were despised.
Of all people he could assume. After all he was one of them.

But he had walked away.

That’s the thing about this Gospel.  It just won’t let you rest at home.

Once you get it, you become marginalised like him. Suddenly, yet imperceptibly his truth, his inclusivity, his compassion, his humility become yours and you can never go back.

Once we have seen what Jesus sees and become what Jesus is, we don’t fit back at the school reunion and under the yellow ribboned, old oak tree. Going home is a nightmare just like Nazareth was for him.

So much for the “family values” lobby.  Jesus has just puked over the picket fence!

We all have to leave home and never return.  It’s the Jesus way.