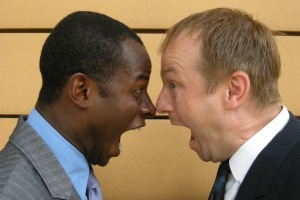 “Listen to another parable. There was a landowner who planted a vineyard, put a fence around it, dug a wine press in it, and built a watchtower. Then he leased it to tenants and went to another country.When the harvest time had come, he sent his slaves to the tenants to collect his produce. But the tenants seized his slaves and beat one, killed another, and stoned another. Again he sent other slaves, more than the first; and they treated them in the same way. Finally he sent his son to them, saying, ‘They will respect my son.’ But when the tenants saw the son, they said to themselves, ‘This is the heir; come, let us kill him and get his inheritance.” So they seized him, threw him out of the vineyard, and killed him. Now when the owner of the vineyard comes, what will he do to those tenants?” They said to him, “He will put those wretches to a miserable death, and lease the vineyard to other tenants who will give him the produce at the harvest time.” Jesus said to them, “Have you never read in the scriptures: ‘The stone that the builders rejected has become the cornerstone; this was the Lord’s doing, and it is amazing in our eyes’? Therefore I tell you, the kingdom of God will be taken away from you and given to a people that produces the fruits of the kingdom.The one who falls on this stone will be broken to pieces; and it will crush anyone on whom it falls.” When the chief priests and the Pharisees heard his parables, they realized that he was speaking about them. They wanted to arrest him, but they feared the crowds, because they regarded him as a prophet.

It was Martin Luther King Jnr who concurred that the truth will set you free.  But he added, “…but first it will make you very angry.”
There is something in this encounter between the Chief Priests, the Pharisees and Jesus which reflects just how the truth which Jesus had proclaimed to them in the metaphor of the rebellious tenants, made them very angry.
Matthew however, throws out another important detail that hints at the cause of their anger, namely their fear.
The Priests and Pharisees want to destroy Jesus, but he has the adulation of the people who think he is a prophet.
So the Priests and Pharisees, who are threatened by Jesus, are also afraid of the crowds.  The fear is palpable, don’t you think?
I know what it is to get angry.  I can literally seethe and seize up with rage!  If I consider my anger rationally though, most times I am not angry for the reason I think.
I am enraged because a subconscious fear or insecurity is surfacing and my anger is a way to avoid dealing with my fear.
I have spent my life in South Africa, dealing with racism.  By the way, not only white people can be racist.  But having lived with racism in this milieux I recognise that the angry violence of racism is fuelled by the fear of those distinctively different from ourselves.
Witness if you will the Islamophobia sweeping the church at present and you will see what fear can do.
So let’s not deny our anger for politeness sake.  But let us be clear from whence our anger is fuelled.