If parenting has taught me anything it is never to make a rule that you cannot police. When a parent prohibits their child from taking cookies from the jar, that parent has created a lot of extra responsibility for themselves. 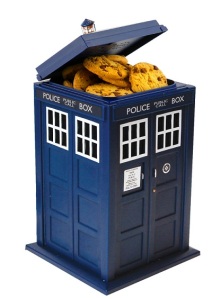 Firstly, the parent will  have to set up surveillance on the cookie jar to see if any are taken without being offered. This will mean video cameras and reviewing the recordings, or at least a regular stock check of the cookies.
Secondly, the rule regarding cookies has now criminalised the act of cookie taking because it has been prohibited. So the law now creates criminal activity where there was none. The Americans discovered this when they enacted the Prohibition Laws of 1920 making the production and sale of alcohol illegal. Prohibition did not reduce alcoholism but served to create a dark smuggling underworld of bootleggers and gangsters which created more problems than the legislation attempted to solve.
This negative impact of legislation is the argument being put forward in debates surrounding the legalisation of marijuana. Dagga users, who include an amazing number of professionals in this city, argue that decriminalising the production, distribution and use of dagga will remove criminals from the supply chain and ensure a safer and more regulated product. An added spin off would be the release of hundreds of law enforcement officials to address more serious crimes.
They argue that having tobacco and alcohol as legitimate drugs on the open market whilst prosecuting people for using “weed” is downright hypocritical. I am sure if alcohol was invented today it would be a scheduled and controlled pharmacological product!
The question I have though is what drugs should be decriminalised? Should Tik, Crack Cocaine and Heroin be freely and legally available as they are in some progressive European countries? I am not convinced.
All this discussion about laws and the need to police them is given further focus by considering a seemingly unrelated popular topic, the reckless driving of minibus taxis on our roads. Once again the reality of having rules that are not policed is the point. The growing impunity and arrogance of our taxi operators is driven by the reality that no one will stop and penalise them for their anarchistic disregard for the road code.
Assuming all taxi drivers are licensed, it means they have successfully completed the rigorous K53 drivers examination and despite all that training, flagrantly drive the way they do. Why? Because they can.
With the shortage of national policing resources and the hiccoughing implementation of the metro police, perhaps the decriminalising of marijuana is more pressing than ever?
If our traffic police cannot bring law and order to our roads, maybe a puff on a legal joint could bring calm to stressed drivers, taxi drivers and their hollering “guardjies” alike. Even the stressed out members of the police services might enjoy a bong?
Jokes aside, something needs to be done about the lawless anarchy, chaos and carnage on our roads.