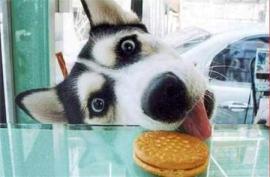 Matthew 15:21-28
Jesus left that place and went away to the district of Tyre and Sidon. Just then a Canaanite woman from that region came out and started shouting, “Have mercy on me, Lord, Son of David; my daughter is tormented by a demon.” But he did not answer her at all. And his disciples came and urged him, saying, “Send her away, for she keeps shouting after us.” He answered, “I was sent only to the lost sheep of the house of Israel.” But she came and knelt before him, saying, “Lord, help me.” He answered, “It is not fair to take the children’s food and throw it to the dogs.” She said, “Yes, Lord, yet even the dogs eat the crumbs that fall from their masters’ table.” Then Jesus answered her, “Woman, great is your faith! Let it be done for you as you wish.” And her daughter was healed instantly.

Have you ever, like me, felt in desperate need of Divine help, but hesitated even to ask due to the choir of voices in your head singing verses like : “Who am I that God would care?”, “After all I have been and done it would be a cheek.”, “I really don’t have enough faith to make this happen!”

This week the gospel tells of a non-Jewish woman who nonetheless had the chutzpah not only to ask, but also to challenge Jesus to think again about his perceptions of her.
Jesus was away from his familiar territory. He was still processing the reality of John the Baptizer’s death. He was in controversial discussion with religious leaders. I am speculating here, but his initial unresponsiveness could possibly have come from sheer exhaustion, (Oh no not another demand!) or cultural bias (Men don’t speak to strange women, especially from another culture!). Whatever motivated Jesus lack of response, he was about to be taught faith and determination from the most unlikely teacher.

It isn’t lost on me that as I write this, here in South Africa, today is a public holiday celebrating Women’s Day.What a wonderful, gutsy, Gospel woman to inform this celebration day.

The interchange between the woman and Jesus is almost clinical in its brevity.
The woman calls for help for her tormented daughter.
Jesus is non-responsive.
The disciples want to chase her away.
She continues to plead.
Jesus, when he answers, specifies that she is outside the sphere of his vision and mission. He has only come for a certain group, the people of Israel.
The woman kneels in front of Jesus. A simple, respectful plea on her lips.
Jesus, again dismisses her with a rather crude simile for third millennial sensibilities. Dogs (the Canaanites) don’t deserve the food that belongs to the Jewish children of God.

Then comes the clincher in the conversation. This is the tipping point where orthopraxis (correct action) overrules orthodoxy(correct doctrine).
Chutzpah, temerity, guts, desperation; what it was we will never know, but this woman in the dust at Jesus’ feet winkles into a crack in his argument and unlocks the Master’s heart, with both fierce logic and evocative need. “Dogs can live off scraps.”

Jesus’ response is almost an expletive. “MEGALE’ sou e’ pistis”. “Great is your faith” “It’s MEGA-FAITH WOMAN!!!”
Am I forcing the narrative when I hear triumph mixed with celebration and some relief, in that declaration of Jesus? At last here is someone who gets it!
The wrong person, of the wrong culture, in the wrong place, speaking with the wrong accent. It should be all wrong, but don’t you know, it’s actually all right.

At the start of this reflection I asked you remember when you and I felt we shouldn’t or couldn’t pray, ask or even plead.
Today this foreign woman scales the xenophobic orthodox walls of religion and says to you and to me. Go on ASK! You might feel like a dog’s breakfast, but that’s enough to unlock the heart of Jesus.