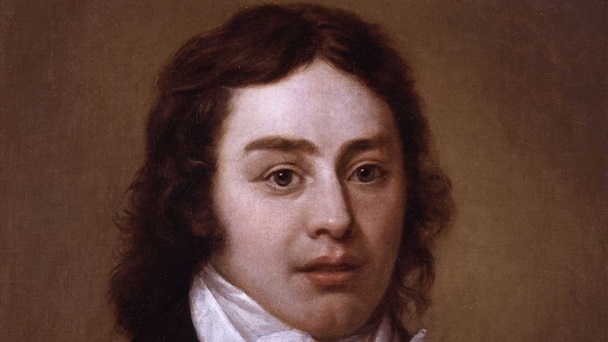 There’s more to imagination that you imagine. In “A Midsummer-Night’s Dream”, Shakespeare wrote, “And as imagination bodies forth the forms of things unknown, the poet’s pen turns them to shapes, and gives to airy nothing, a local habitation and a name.” The passage illustrates how the idea of imagining something into reality already intrigued artists in late sixteenth century Europe. But despite the fascination with imagination no-one in the Elizabethan Age came up with a definition or explanation.

More than a century later it was Samuel Coleridge (1 October 1772 – 25 July 1834) who suggested there are three types of imagination. Well versed in philosophy, Coleridge had studied first Plotinus (3rd Century), then Locke’s (1632-1704) theory of sensory knowledge and finally Immanuel Kant (1724-1804) , even travelling to Germany to read Kant in the original. He wrote that Kant’s philosophy had grabbed him like a giant hand.

Coleridge came to understand the real meaning of our mental abilities namely
reason, understanding, and imagination using Kant’s philosophy. Reason is rational thinking and the way we think about things. Understanding is how we come to grips with the data received and exercise our judgement and decision making on that which reason has produced. That seems simple enough. But it is imagination that we really want to understand because imagination is the fairy dust of creativity. Imagination sparks all creativity.

One of the best modern books outlining the creative process must be “Art & Fear:observations on the perils (and rewards) of Artmaking” by David Bayles and Ted Orland. In a section on the topic they say, “Imagination is in control when you begin making (or writing) an object. The artwork’s potential is never higher than in that magic moment when the first brush-stroke is applied, the first chord struck. But as the piece grows, technique and craft take over and imagination becomes a less useful tool.”

Coleridge called that first creative impulse, “Primary Imagination” and believed it is bound up with the Exodus story where Yahweh (Jehovah) declares his name to Moses as “I am that I am”. What we see in the divine name is a dynamic image and imagination of God’s being. God has a circular name, a spiral, a dance, “I am what I am”.
These very words titled the final song in the 1983 Broadway hit “La Cage aux follies” about a gay couple. In the same year Gloria Gaynor made the song a pop hit and it is now something of an anthem for the Gay Pride movement.

How sad then that the religions of the Book who reverence this God named “I am who I am” do not honour the myriad forms of creativity, sexuality, and expression in which God takes form in human lives? We are all made in the image of “I am who I am”, yet we constantly live in fear of being judged for being who we really are. Imagine that powerful creative moment when God imagined you